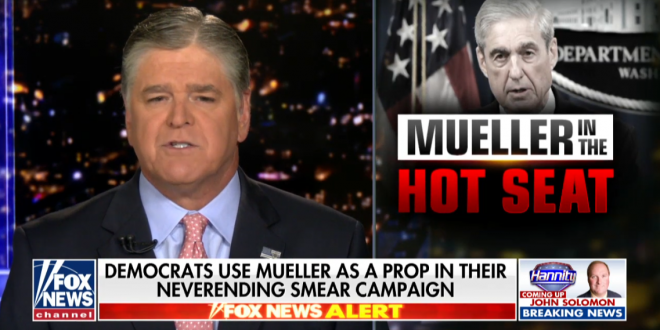 Sean Hannity said multiple times during his show Monday night that he intends to provide Republicans with a “tutorial” on how to question Robert Mueller tomorrow. Democrats and Republicans have been doing a lot of prep for the big hearing, even with Mueller expected to largely echo his report.

“I am going to give a tutorial to those in Congress on the Republican side that will have an opportunity to question Mr. Mueller. I’m gonna give you my questions, and also the way I would ask them and the follow-ups that should be immediate. You only have 5 minutes. You’ve got to make it count. I will explain how I would do it if you’re interested.”