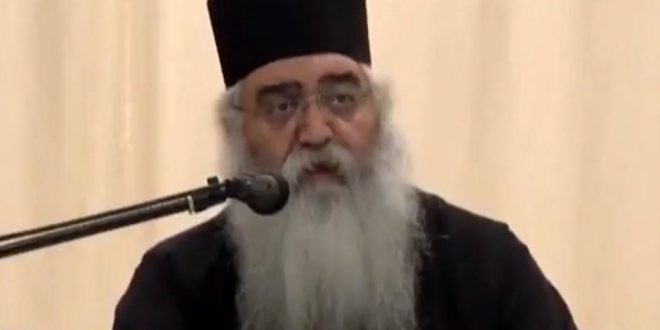 He faced an international backlash and was ridiculed with some questioning what happens in the foetus to make a priest abuse children. However, he now says he was just teaching the words of the Orthodox church. He said: ‘I expressed the position of the Church and the position of the saints.’

He also compared being gay to a child having a musical talent. He said that if a parent is a musician there is a higher likelihood of the child will also be musical, according to the Cyprus Mail. This, he claimed is similar to planting seeds in a garden that carry information in their DNA that is passed on to the next generation.

The bishop claims he is merely using the words of a recently dead and recently declared “saint” who demanded a lifetime of celibacy for gays. The Greek Orthodox Church claims to have 25 million members.