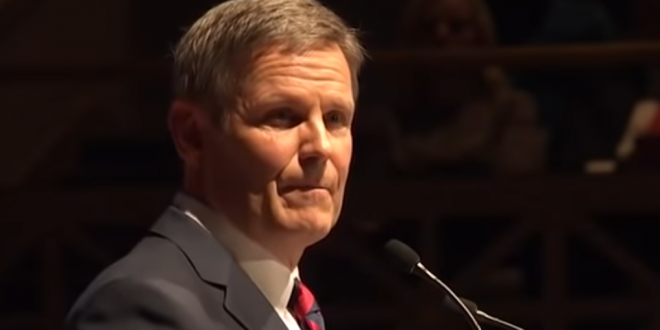 Gov. Bill Lee has proclaimed Saturday as Nathan Bedford Forrest Day in Tennessee, a day of observation to honor the former Confederate general and early Ku Klux Klan leader whose bust is on display in the state Capitol.

Per state law, the Tennessee governor is tasked with issuing proclamations for six separate days of special observation, three of which, including the July 13 Forrest Day, pertain to the Confederacy.

Lee — and governors who have come before him — are also required by state law to proclaim Jan. 19 as Robert E. Lee Day, honoring the commander of the Confederate Army, as well as June 3 Confederate Decoration Day, otherwise known as Confederate Memorial Day and the birthday of Confederate President Jefferson Davis.

Everyone would be perfectly fine without Nathan Bedford Forrest Day.

Previous MAGA Vlogger Advises Trump World: Attacks On The Left Don’t Have To Be True, They Just Have To Go Viral
Next Incoming Labor Secretary Was Sweatshop Lobbyist