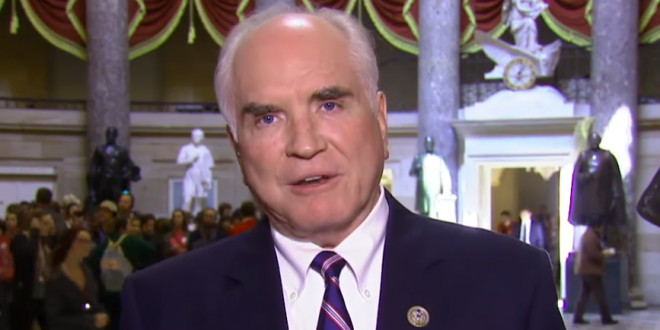 Most rank-and-file Republicans showed little interest in taking on Trump, accusing “The Squad” — freshman congresswomen Alexandria Ocasio-Cortez, Ilhan Omar, Rashida Tlaib and Ayanna Pressley — of being anti-Semitic as justification for his remarks or shrugging them off as no big deal.

“You know, they talk about people of color. I’m a person of color. I’m white. I’m an Anglo Saxon. People say things all the time, but I don’t get offended,” Pennsylvania GOP Rep. Mike Kelly told VICE News before the blowup over Pelosi’s comments. “‘With a name like Mike Kelly you can’t be from any place else but Ireland.’”

RELATED: Kelly last appeared on JMG in April 2018 when he introduced a bill that would make it legal nationwide for adoption agencies to refuse same-sex couples.