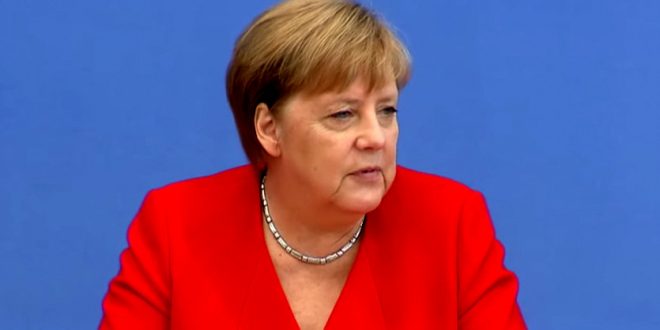 Germany’s Merkel Backs “The Squad” Over Trump: I Stand In Solidarity With The Women He Has Attacked

German Chancellor Angela Merkel said Friday that US President Donald Trump’s racist comments about four Democratic Congresswomen “undermine America’s strength” and that she stands in “solidarity” with the women.

Speaking at her annual news conference in Berlin, Merkel said: “I distance myself from this decidedly and stand in solidarity with the women who were attacked.” She added that from her perspective the “US’s strength lies exactly in the fact that people of very different nationalities contribute to the strength of the American people.”

“Those (President Trump’s statements) are sentiments which are very much in opposition to my impressions (about the US) which I strongly believe in and it is something that undermines America’s strength,” Merkel said.