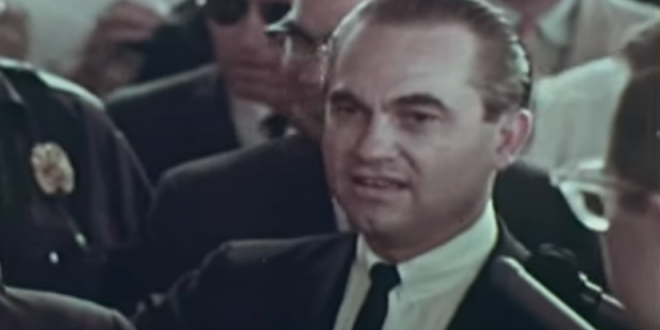 Peggy Wallace Kennedy went to political rallies with her dad – George Wallace – as he ran for president in the ‘60s and ‘70s. She saw hate and anger that a child should not have to see. She felt a bitterness she did not at the time comprehend.But then, she didn’t understand the virulence of her father’s most devoted supporters, either, or his desire to keep black people from attending the University of Alabama, or the mindless rage that drove the crowds to violence.

“Unfortunately it does look like the ‘60s now,” Wallace Kennedy said. “Each of us individually need to act with compassion and pray for our democracy. I hope we don’t go back. But it looks like where we are slipping … that seems to be where the top is taking us.” Wallace Kennedy never said Donald Trump’s name out loud, but she likened his politics to that of her father’s tactics, only worse. “I’ve never seen anything like it,” she said.