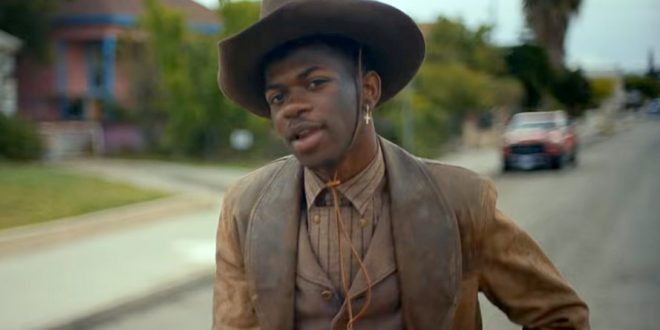 Lil Nas X on Monday conquered one of the longest-held records in pop music history. With “Old Town Road” securing an astounding 17th week atop the Billboard Hot 100, the rapper has officially broken the record first set by Mariah Carey and Boyz II Men’s “One Sweet Day,” which ran for an impressive 16 weeks.

That iconic collaboration began its run atop the chart beginning in December 1995 until March 1996. In 2017, Luis Fonsi’s “Despacito” tied with “One Sweet Day” for most weeks at No. 1, however, it didn’t break the record as the song was unseated by Taylor Swift’s “Look What You Made Me Do.”

wow man last year i was sleeping on my sisters floor, had no money, struggling to get plays on my music, suffering from daily headaches, now i’m gay.

Longest running #1 hits in Billboard Hot 100 history (weeks):
Old Town Road 17
One Sweet Day 16
Despacito
I Will Always Love You 14
I’ll Make Love to You
Macarena
Candle in the Wind 1997
We Belong Together
I Gotta Feeling
Uptown Funk
End of the Road 13
The Boy Is Mine