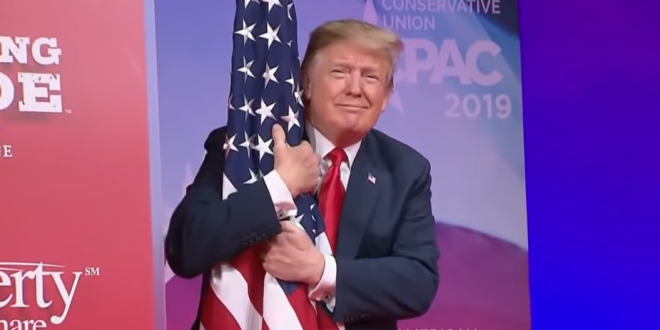 As Americans prepare to celebrate the Fourth of July holiday, their pride in the U.S. has hit its lowest point since Gallup’s first measurement in 2001.

While 70% of U.S. adults overall say they are proud to be Americans, this includes fewer than half (45%) who are “extremely” proud, marking the second consecutive year that this reading is below the majority level. Democrats continue to lag far behind Republicans in expressing extreme pride in the U.S.

These findings are explored further with new measurements of the public’s pride in eight aspects of U.S. government and society. American scientific achievements, military and culture/arts engender the most pride, while the U.S. political system and health and welfare system garner the least. 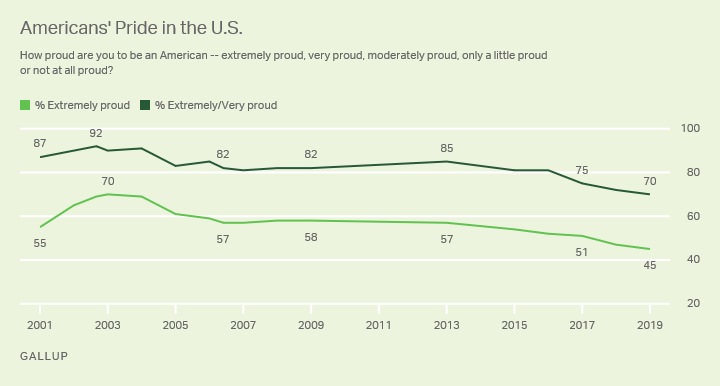 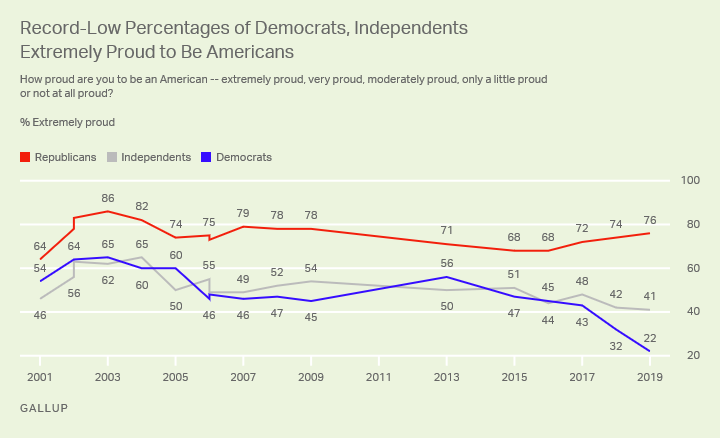 Previous Trump Claims Twitter Is Stopping Him From Getting New Followers: “What They’re Doing Is Possibly Illegal”
Next Trump Wails: People Are “Fleeing New York” Because Dems: First They Tax You Too High, Then They Sue You