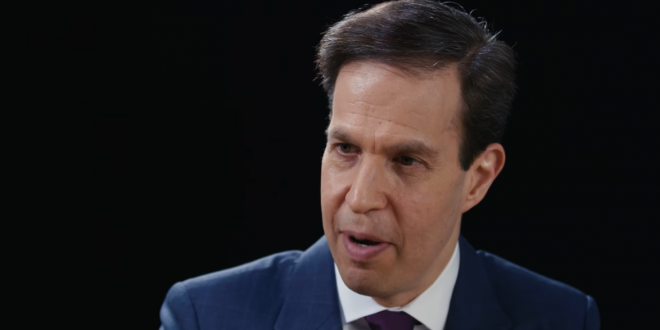 Members of the Republican Party are heirs to the legacies of Lincoln and Reagan. Our party should support people’s ability to reap the rewards of their labor — to earn a fair and honest living, and to work where they want to work. We are the party of economic freedom, personal liberty and limited governmental interference.

This year, more than two dozen Republican lawmakers in over a dozen states sponsored LGBTQ nondiscrimination legislation; and many Republicans refused to pass discriminatory, anti-LGBTQ legislation in places like Texas, Georgia and South Dakota. That’s why I’m proud to file a friend-of-the-court brief that makes the conservative argument for these protections.

I’m in good company, alongside 34 other high-ranking Republicans, including former members of Congress, political advisers and former longstanding members of Republican administrations. Our brief argues that interpreting Title VII’s plain text in accordance with conservative textualist principles makes it clear that the law bans discrimination against LGBTQ workers.

The op-ed is titled “Gay Rights Are A Republican Value.”

RELATED: During Ken Mehlman’s reign as George W. Bush’s campaign manager and afterwards during his tenure as chairman of the Republican National Committee, 21 states passed laws that banned same-sex marriage. Some of these laws made same-sex marriage unconstitutional, some made both civil unions and same-sex marriages unconstitutional. All of these anti-gay referenda took place from 2004-2006 and all of them were pushed by the GOP under Ken Mehlman (and with Karl Rove’s strategic advice) as a ploy to ensure conservative turnout at the polls. Mehlman finally came out in 2010.