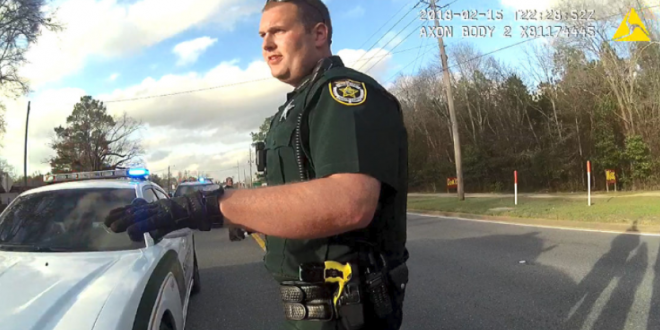 Former Jackson County Deputy Zach Wester was arrested this morning on numerous charges he planted street drugs like meth on unsuspecting motorists before hauling them off to jail.

Wester, 26, was arrested on felony charges of racketeering, official misconduct, fabricating evidence, possession of a controlled substance and false imprisonment.

Wester was arrested in Crawfordville, Florida after a nearly year-long investigation, according to a statement from the Florida Department of Law Enforcement.

Prosecutors had to drop charges in nearly 120 cases. Jackson County is located about 40 miles (64 kilometers) northwest of Tallahassee along the Georgia and Alabama borders.

“There is no question that Wester’s crimes were deliberate and that his actions put innocent people in jail,” Chris Williams, an assistant special agent in charge for the FDLE in Pensacola, said in a statement.