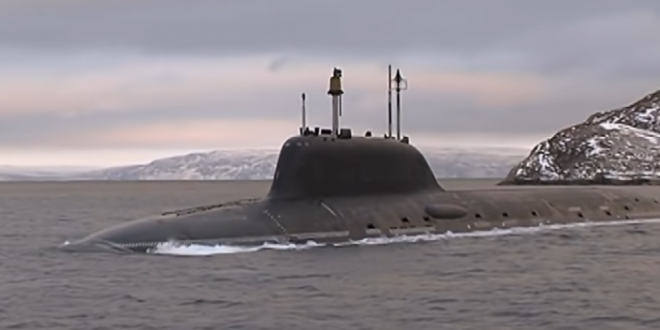 The blaze broke out Monday while the craft was carrying out research in Russian territorial waters, and 14 submariners died from smoke inhalation, the ministry said, according to the state-run news agency Tass.

The vessel is now at the naval base in Severomorsk on the Barents Sea, and an investigation into the incident is being carried out by the Russian navy’s commander-in-chief, state news agency RIA-Novosti reported.

This is the submarine accident that Putin (and maybe Pence/Trump) is reportedly meeting about. According to article, the sub was “not armed or powered by a nuclear reactor.” https://t.co/iaplRjNchU

Describing the Losharik as a ‘research vessel’ is a bit disingenuous. It is reputed to be the most silent and hard-to-detect submarine in the navy of #Russia — able to dive to a depth of 6,000 meters and tap or cut telecom cables on the ocean floor.

14 Russian sailors lost in fire aboard a submarine. Casualty count implies something bigger than a mini submarine, and RBC is reporting the fire broke out aboard the nuclear-powered Losharik — a very strange boat designed for spy missions at sea:https://t.co/340tnbZO2S pic.twitter.com/J3Orx1UEnd

Previous Pence’s Plane Diverts To DC Due To WH “Emergency”
Next Proud Boys, Other Extremists To Rally In DC For Trump