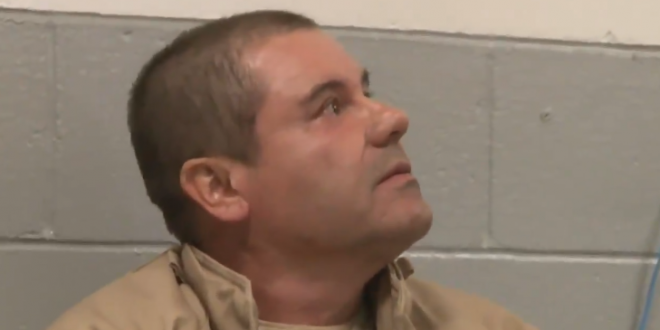 El Chapo Sentenced To Life In Prison Without Parole

Joaquin “El Chapo” Guzman, the Mexican drug lord convicted of running “the largest drug-trafficking organization in the world,” was sentenced to life in prison plus 30 years on Wednesday.

Guzman, the 62-year-old former leader of Mexico’s Sinaloa cartel, was found guilty in February of all 10 counts brought against him after six days of deliberations.

Guzman spoke to the courtroom for 15 minutes and complained about the “corrupt” U.S. government that has subjected him to “psychological, emotional and mental torture” during his 30 months of imprisonment.

His ability to escape from prison and evade capture for years underscored the deep corruption of the Mexican authorities by his cartel, which employed bribery and intimidation to control not just local police departments, but the highest ranking officials in the national government.

Prosecutors leveled some of the most serious charges possible against him, presenting evidence that he sent hundreds of tons of drugs to the United States from Mexico and caused the deaths of dozens of people to protect himself and his smuggling routes.

Nearly 2.5 years after his extradition to the U.S., “El Chapo” was found guilty in an epic drug-trafficking case and sentenced to life in prison without parole pic.twitter.com/RWVrpEfMI9

JUST IN: Notorious drug kingpin Joaquin #ElChapo Guzman has been sentenced to life in prison. At his hearing, he called his confinement in the U.S. “mental torture 24 hours a day.” https://t.co/JgQVVPMUjS

Breaking News: The Mexican drug lord known as El Chapo was sentenced to life in a U.S. prison, ending one of history’s most notorious criminal careers https://t.co/zMLvXIZ0uc