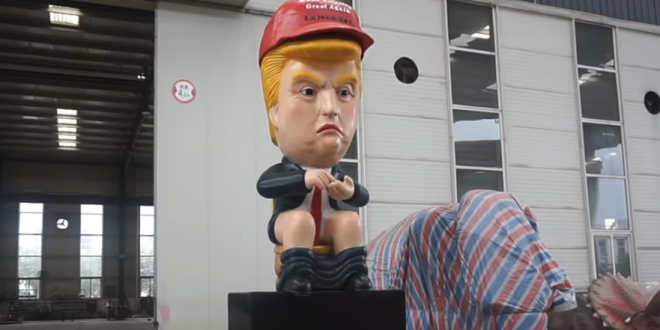 A giant robot designed to look like President Trump tweeting while sitting on the toilet, which made its debut in London during the president’s recent visit, will follow the president to D.C. on July 4th to protest his “Salute to America” celebration.

Ariel Gold, the co-director of the organization, said in a statement that she finds it “very alarming to see Trump turn a traditionally nonpartisan celebration into a Trump rally and a military spectacle.”

Previous Fox Host: You Can’t Hijack Something You Already Own
Next Trump To Caged Migrants: If You Don’t Like It, Don’t Come, You’ve Got It Better Here Than You Did At Home