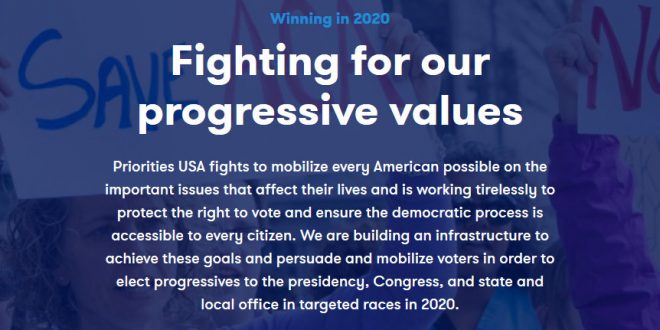 Get ready for local news — brought to you by the Democrats. One of the party’s largest Super PACs is finally pulling the trigger on a $100 million plan to help boot Trump from office. But much of the media it’s pumping out won’t look like traditional advertising.

Rather, Priorities USA is planning to flood swing states — many of which have lost their local papers — with stories favorable to the Democratic agenda.