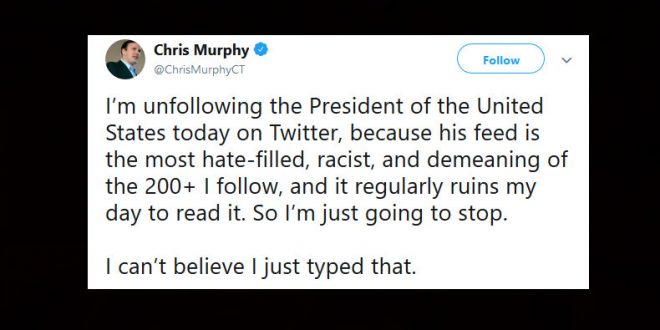 The hashtag began circulating on social media after Murphy appeared on MSNBC’s “Morning Joe” to explain his decision to unfollow the president’s @realDonaldTrump account.

“Yesterday morning, I just decided I had had enough of starting my days with this kind of racist, hateful, demeaning negativity,” Murphy explained. “Obviously I’m in this business and I’m in the United States Senate to try and stop his hateful agenda from moving into law.”