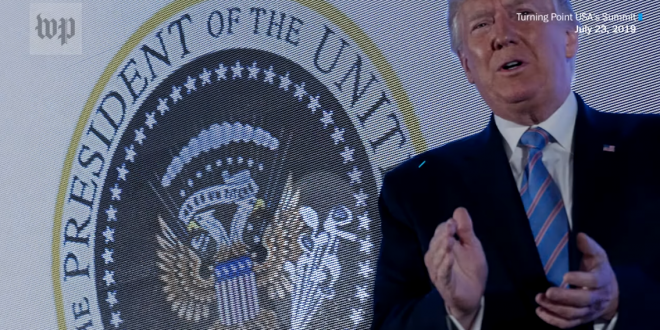 Creator Of Fake Seal Celebrates The “Best Troll Ever”

Charles Leazott hadn’t thought about the seal in months. The 46-year-old graphic designer threw it together after the 2016 presidential election — it was one part joke, one part catharsis. He used to be a proud Republican. He voted for George W. Bush. Twice.

But Donald J. Trump’s GOP was no longer his party. So he created a mock presidential seal to prove his point. In one fell news cycle, Leazott began making money and fielding calls from papers and TV stations from across the country. People wanted to support him. But the trolls came, too.

“The worst has been Facebook,” he said, which he hadn’t checked “in like a year.” “Holy crap at the amount of vile, hateful Facebook messages,” he said. “It’s apparently a personal affront to some people.” But, Leazott said, he’s the one who gets the last laugh.

According to Leazott, the person who used his seal is either an idiot or “the best troll ever.” Either way, he’s Leazott’s hero as he’s now actually selling all the gear featuring the fake seal. 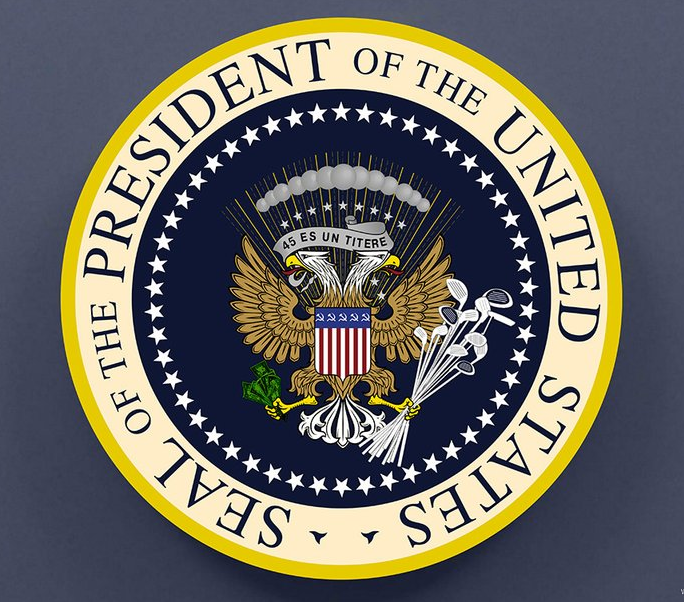