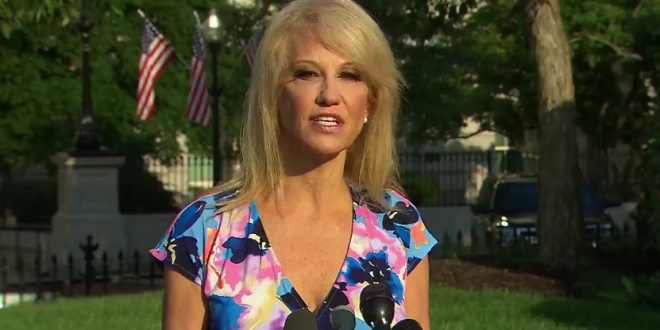 Counselor to the president Kellyanne Conway called the spat between Speaker Nancy Pelosi and four female freshman Democrats a “major meow moment,” mocking the “huge catfight” over border aid spending between the House leader and some of her highest-profile caucus members.

Conway, in an interview with Fox News, said Pelosi had brushed back Reps. Alexandria Ocasio-Cortez of New York, Ilhan Omar of Minnesota, Ayanna Pressley of Massachusetts and Rashida Tlaib of Michigan over their opposition to a bipartisan emergency funding bill that nonetheless opened a rift among House Democrats.

“Those four female Democrats that Nancy Pelosi is brushing back, I think they are all freshman members,” the White House adviser continued. “A major ‘meow moment’ — brushing back in a huge catfight, really ridiculing them — and they voted against the Democratic aid package.”