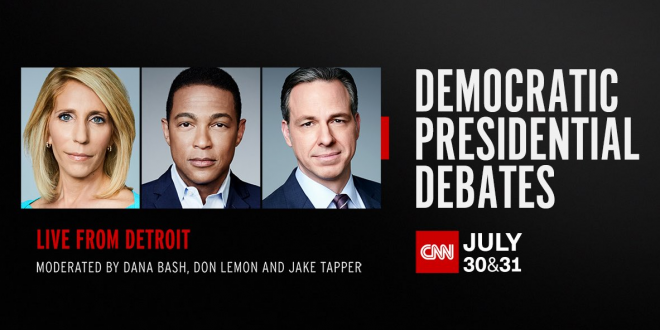 CNN will conduct a live draw to determine which night each candidate will appear in the highly anticipated Democratic presidential primary debates airing later this month on the network.

Dana Bash, Don Lemon and Jake Tapper will moderate the Democratic National Committee-sanctioned debates over two nights, July 30-31, from Detroit, said a network spokesperson. Both nights will air live exclusively on CNN and CNN en Español. The debates will also be simulcast on CNN International.

The draw to determine the lineup for each night will air live on July 18 in the 8 p.m. ET hour on CNN, said the network spokesperson, who noted additional details of the draw will be released in the coming days.