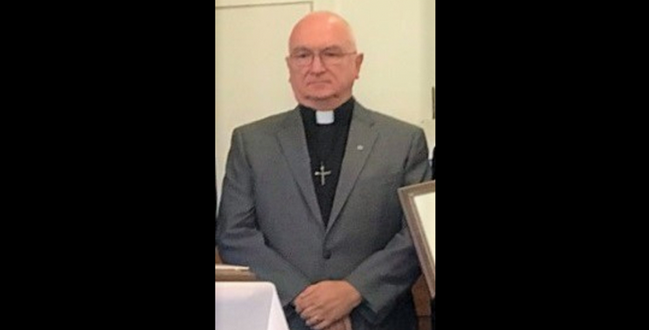 Remember last month when I told you about New Jersey pastor who claimed he could exorcise the demons out of men by sucking them off and spitting the resultant “evil” into a Ziploc bag? The pastor has not been charged with any crimes but the civil lawsuits are now flying.

Reverend Dr William Weaver, who served at Linden Presbyterian Church in New Jersey for 39 years claimed he was following the Bible and using Native American exorcism rituals. But four men and one woman he reportedly attacked claim it was sex abuse. In a lawsuit filed last month obtained by Metro US, a man identified as ‘DL’ claimed he had to be committed to a psychiatric hospital after Weaver molested him during pastoral counseling sessions in 2005.

The 89-page lawsuit filed on June 27 filed by attorney Robert Fuggi claims DL had gone to the minister for pastoral counseling. But he says after four sessions, Weaver allegedly began to molest DL, saying: ‘You are under spiritual attack!’, ‘You are chosen!’, ‘I have been waiting for you my whole life!’ ‘When DL told Weaver this made him fearful, Weaver responded that he would need to face “1000 penises,”‘ the lawsuit continues to say.

One man, A.J. Meeker, says he started seeing Weaver about family problems in 2000, when he was 20. “I refuse to stay silent any longer,” he wrote in his statement. “I need to make sure that this never happens to anyone else ever again.”

Another man, Jared Staunton, said that after his assault, Weaver “lifted my head up and looked into my eyes, and said, ‘You don’t have to be afraid anymore, I’m your protector now.'” With that, Staunton said, the minister kissed him on the lips.

In addition to working at Linden Presbyterian for 39 years, Weaver also served as chaplain for the local chapter of the Vietnam Veterans Association. Audrey Pereira, a representative for the chapter, described him as “a Jekyll and Hyde.”

Three other men are also suing:

The head of the Presbytery of Elizabeth referred all questions about the lawsuit to the organization’s attorney, who did not immediately respond to a request to comment. Weaver, who gave up his ordination and his membership in the Presbyterian Church earlier this year, could not be reached for comment at his house in Lakewood.

The three men said they reported the alleged sexual assault by Weaver to the Presbyterian Church, police and the state attorney general’s clergy abuse hotline, but Weaver has not been charged with any crimes. Weaver, 69, stepped down in January on the eve of an internal church trial after he was accused of sexual misconduct.

Previous Trump’s Tax Cuts Fail To Generate Promised Growth
Next Trump: Apple Will Get No “Wavers” On China Tariffs