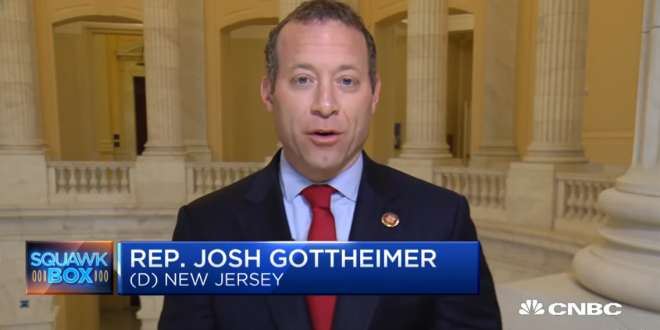 Capitol Police are trying to find out who sent a letter under Rep. Josh Gottheimer’s signature falsely claiming that he was resigning because of a scandal.

The letter, which Gottheimer called a “disgusting smear campaign” and “completely untrue,” was on congressional stationery and sent at taxpayer expense using the lawmaker’s mailing privileges. It was mailed to local politicians and news outlets. The signature does not match Gottheimer’s.

“This disgusting smear campaign is a violation of federal law and is being criminally investigated by the U.S. Capitol Police,” Gottheimer said in a statement. The letter, dated July 29, claimed that Gottheimer was resigning and would concentrate on “focusing on my family” after admitting to an affair with a staffer.

The letter is the second such message that has been sent to news organizations in the last week to try raise a stir around the fake scandal, multiple local outlets reported. The writer of the first letter, which arrived in some organizations’ mailboxes late last week, claimed to be a staffer for Gottheimer. The congressman said Monday that that letter, too, was a forgery.

“I am outraged that a dedicated member of my staff has been dragged into this cowardly attack on me,” Gottheimer said.

Previous Marianne Williamson: I’m Not Some “Wacky Nutcase”
Next Trump: “Those People In Baltimore Are Living In Hell”