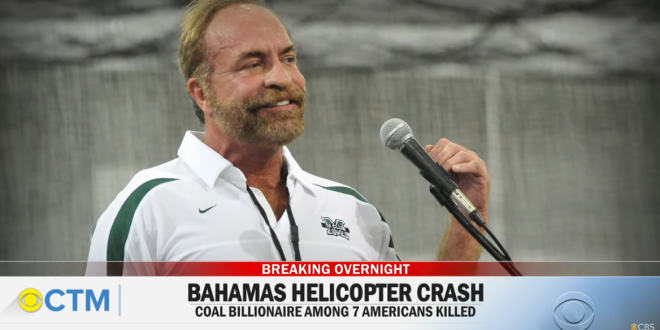 Chris Cline, a billionaire entrepreneur, philanthropist and political donor once called the “King of Coal,” died Thursday in what local authorities said was a helicopter crash in the Bahamas that killed seven people.

Mr. Cline was a major supporter of President Trump and many other Republicans. He donated $1 million to the president’s 2017 inauguration celebration, according to the Open Secrets site run by the Center for Responsive Politics, a nonpartisan group that tracks campaign donations.

Organizers of the event raised $107 million, but its fund-raising and spending have drawn scrutiny from state and federal officials.

Today we lost a WV superstar and I lost a very close friend. Our families go back to the beginning of the Cline empire – Pioneer Fuel. Chris Cline built an empire and on every occasion was always there to give. What a wonderful, loving, and giving man.

Previous REPORT: Border Patrol Agent Humiliated Migrant By Parading Him Around Detention With “I Like Men” Sign
Next Accuser Drops Assault Suit Against Kevin Spacey