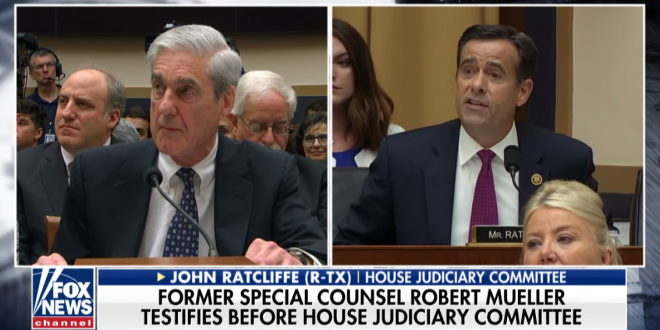 President Trump is expected to nominate Rep. John Ratcliffe (R-Texas) to replace Dan Coats as director of national intelligence, according to three sources familiar with the president’s deliberations.

“The special counsel’s job, nowhere does it say that you were to conclusively determine Donald Trump’s innocence or that the special counsel report should determine whether or not to exonerate him,” Ratcliffe, a former prosecutor, said to Mueller.

Ratcliffe won reelection in 2018 by over 50 points, so can assume that the seat will remain in GOP hands.

Dan Coats, the director of national intelligence, is expected to step down in the coming days after spending his tenure at odds with President Trump over issues including Russia and Mr. Trump’s own attacks on the intelligence community, people familiar with the decision said on Sunday.

To replace him, the people said, the president was likely to tap Representative John Ratcliffe, a Texas Republican and staunch defender of Mr. Trump. As a member of the House Judiciary Committee, he sharply questioned Robert S. Mueller III, the former special counsel, at last week’s hearing.

Previous Oliver Stone: I’m Not Homophobic And Neither Is Putin
Next Trump Rages: Rep. Elijah Cummings Is The Real Racist