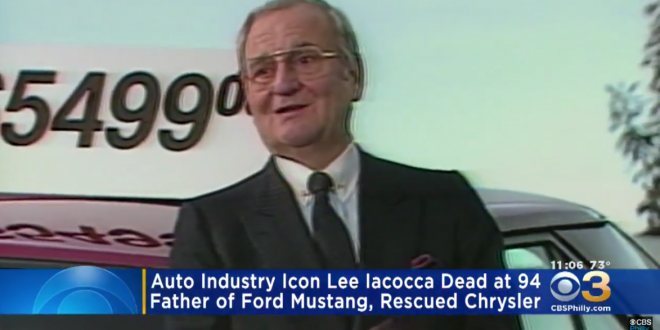 Lido Anthony Iacocca, the automobile industry legend best known as “Lee,” died at the age of 94 on Tuesday morning, his family confirmed. A child of Italian immigrants who grow up in humble conditions, Iacocca became one of the most powerful — and best known — executives in Detroit. Iacocca rose to become president of Ford Motor in December 1970.

During his career, Iacocca become closely associated with at least three iconic vehicles. He has been widely credited as the father of the Ford Mustang, as well as the K-Car that helped Chrysler pull out of its financial slump.

Iacocca also gave the go-ahead to the minivans that for a number of years were the most profitable products offered by the third-largest of the Detroit automakers.