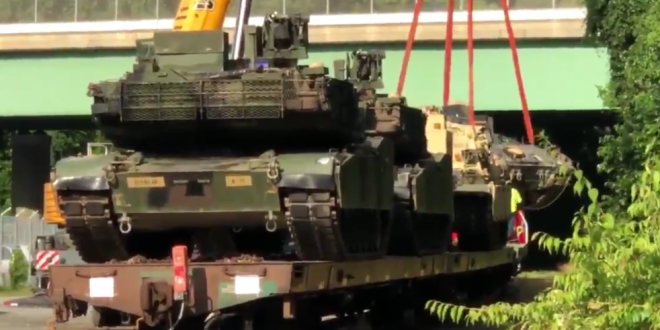 Army Warns DC Residents Not To “Panic” Over Tanks

The military is telling Washington, D.C., residents not to panic this evening if they see an armored personnel carrier rolling through their neighborhood.

According to an Army spokesperson, Bradley armored personnel carriers being stored at a Southeast rail yard will be moved to the National Mall in preparation for President Donald Trump’s “Salute to America” event during Fourth of July festivities.

The routes the vehicles will take into the city were not revealed, with details unavailable on where exactly they would be displayed or if all of the vehicles would be shown together.

“Residents of the Capitol City will see the vehicles move through their neighborhoods, but should not panic,” Army Col. Sunset Belinsky said. https://t.co/6MrPZ8IGSG