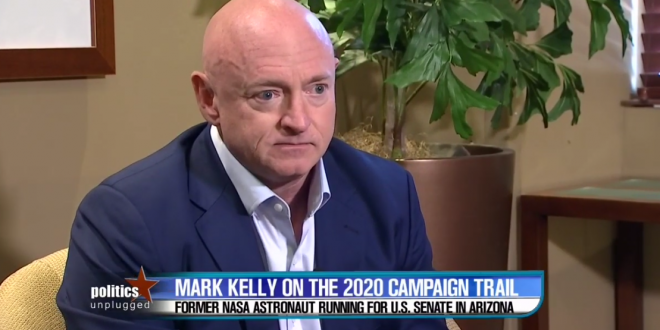 Democrat Mark Kelly, the retired astronaut who is hoping to unseat Republican Sen. Martha McSally in Arizona’s 2020 Senate race, raised $4.2 million during April, May and June, exceeding his first-quarter fundraising.

All told, he has raised $8.3 million since announcing his candidacy in February, and he has nearly $6 million cash on hand, according to his campaign. More than 85,000 contributors have donated to Kelly’s campaign, and more than 90% of his second-quarter donations were less than $100, highlighting his display of strength among small donors, his campaign said.

Kelly’s performance likely gives him a financial advantage over McSally, the Republican incumbent who was appointed to the seat once held by Sen. John McCain, R-Ariz.

Kelly is married to former US Rep. Gabby Giffords.