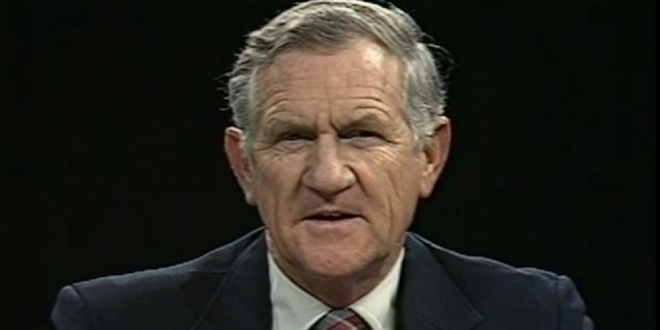 William E. Dannemeyer, a seven-term congressman from California who exemplified the archconservative politics of Orange County, calling for a balanced federal budget while making national headlines for his attacks on “militant homosexuality” in the early years of the AIDS epidemic, died July 9 at his wife’s home in Thousand Palms, Calif. He was 89. He had dementia, said his son, Bruce Dannemeyer.

His fire-and-brimstone rhetoric on gays made him a hero to the religious right and a leading villain to LGBTQ rights advocates, with whom he delighted in publicly debating, often declaring, “God’s plan for man in this world is Adam and Eve, not Adam and Steve.”

Mr. Dannemeyer advocated for new anti-sodomy laws, falsely declared that AIDS patients “emit spores” that can infect pregnant women and followed conspiracy theorist Lyndon H. LaRouche Jr. in calling for AIDS patients to be quarantined. Twice, he unsuccessfully sponsored California ballot propositions requiring health officials to compile the names of people with HIV and remove them from some jobs.