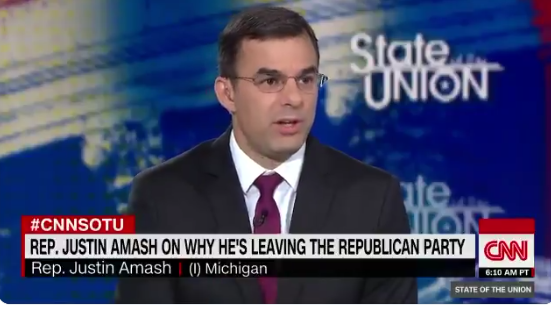 Rep. Justin Amash (Mich.), who announced last week that he was leaving the GOP to become an independent, said Sunday that “high-level” Republican officials have thanked him for his support of impeachment against President Trump.

“When I was discussing impeachment I had fellow colleagues and other Republicans, high-level officials, contacting me and saying thank you for what you’re doing,” he added. “So there are lots of Republicans out there saying these things privately, but there not saying it publicly, and I think that’s a problem for our country.

Rep. Amash on the responses from fellow Republicans: “There are lots of Republicans out there who are saying … things privately, but they’re not saying it publicly. And I think that’s a problem for our country … the Republican Party [and] the Democratic Party” #CNNSOTU pic.twitter.com/sD0CbNOx89