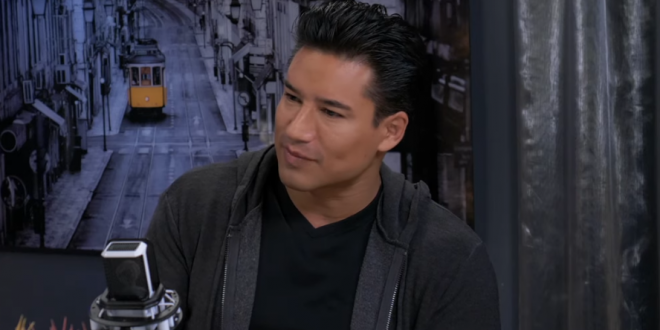 Mario Lopez is being criticized for claiming it’s “dangerous” for parents to support children who identify as transgender. The 45-year-old television personality made his comments in June during an appearance on The Candace Owens Show, a video series on the PragerU YouTube channel, but they sparked blowback on social media this week.

Owens compared a child expressing a gender identity different than the one assigned at birth to calling themselves a mermaid, and accused parents who indulged such behavior of “narcissism.” “I think parents need to allow their kids to be kids but at the same time, you gotta be the adult in the situation,” Lopez responded. “Pause with that and—I think the formative years is when you start having those discussions and really start making these ‘declarations.'”

While Lopez has been fairly open about his conservative views—posting a selfie with then-candidate Donald Trump in 2016—he’s also been supportive of the LGBT community: He was a presenter at the 2011 and 2012 GLAAD Media Awards and was named grand marshal of the Miami Beach Gay Pride parade in 2015.

Lopez is trending at #2 on Twitter at this writing.

It’s okay @MarioLopezExtra. We’re here to help provide more education on what being #transgender means, the difference between #sexualorientation, #sex, and #gender… and a whole lot of other things. https://t.co/ahjYTyenMD

It’s unfortunate that someone who is so involved with @GLAAD like @MarioLopezExtra would be so misinformed about #trans kids. I wish that he would reach out to @sarahkateellis for some guidance on the difference between sex and gender identity https://t.co/JrGkfHTP2y