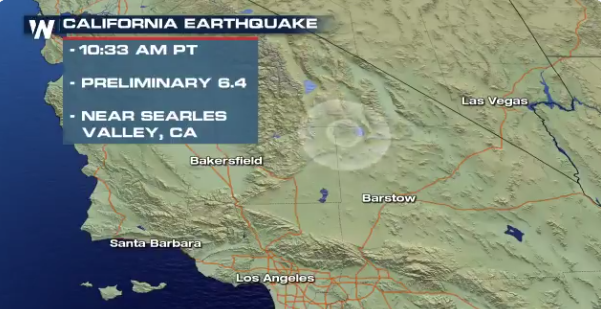 An 6.4 magnitude earthquake struck Southern California Thursday, the largest temblor to hit the region in decades. The quake was centered in the Searles Valley, a remote area of San Bernardino about 100 miles from Los Angeles. It was unclear of the temblor caused major damage or injuries.

The quake was the largest in Southern California since the 1994 6.6 Northridge quake, which killed dozens and caused billions in damage. But Northridge hit in the center of a populated area, while Thursday’s quake was located far from the metropolitan Los Angeles area.