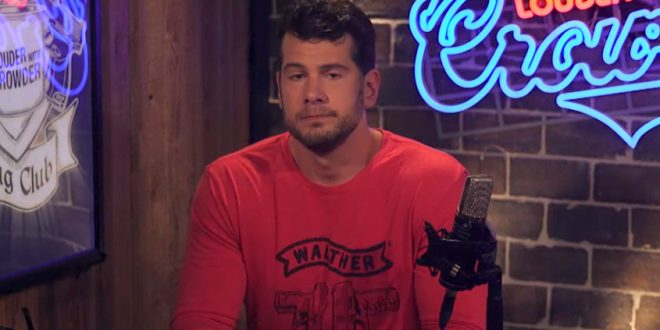 YouTube unleashed massive confusion and satisfied apparently no one with its handling of Steven Crowder’s homophobic campaign against a gay journalist on Wednesday.

The company will “demonetize” Crowder, a far-right performer, for harassing Vox reporter Carlos Maza. The announcement was a partial reversal from Tuesday, when YouTube said it would not take action against Crowder.

After a whiplash-inducing series of tweets, YouTube went from declining to act against Crowder, to demonetizing him, to appearing to base its decision on homophobic t-shirts Crowder sells, before finally saying his entire channel is a problem.

The restriction isn’t permanent, though: YouTube said Crowder’s monetization could be restored if he “addresses all of the issues with his channel,” according to a recent tweet.

That includes removing links to a store where he sells shirts that include slogans like “Socialism Is For Fags.” Maza previously criticized YouTube’s decision to just demonetize Crowder’s channel, arguing that demonetization is insufficient and “basically all political content gets ‘demonetized.’”

YouTube’s support team said the company “came to this decision because a pattern of egregious actions has harmed the broader community and is against our YouTube Partner Program policies” after further investigation of Crowder’s channel.

The problem is that @YouTube allows monsters and bullies to become superstars, break YouTube’s rules, build an army of loyal, radicalized followers, and then make millions selling them merch that sustains their work.

This is worse than nothing. It’s acknowledging Crowder is violating @YouTube‘s rules, but avoiding taking real action because YouTube is too scared of upsetting a big channel. (By the way, most of Crowder’s income is likely not from ads, but from merch.) https://t.co/AUmyQhUxwW

Abusers use it as proof they’re being “discriminated” against. Then they make millions off of selling merch, doing speaking gigs, and getting their followers to support them on Patreon.

The ad revenue isn’t the problem. It’s the platform.

This is why you never give up an inch of your freedoms on guns, free speech, privacy, etc pic.twitter.com/ZeLlngZ3Oh