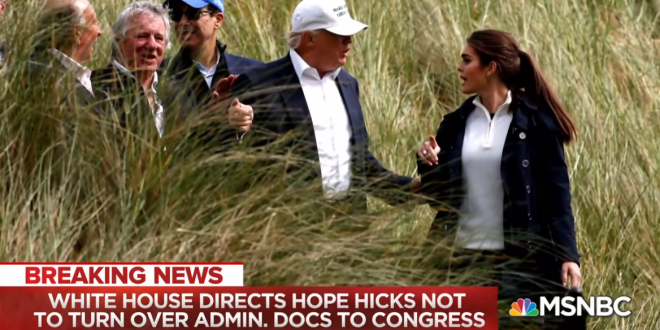 But one of those aides, Hope Hicks, a longtime Trump confidant who served as White House communications director, has turned over some documents to the House Judiciary Committee regarding her service on Trump’s presidential campaign, according to Jerry Nadler, the panel’s chairman.

He hailed the production as a show of “good faith” and indicated that the committee will continue to negotiate with Hicks — as well as former White House deputy counsel Annie Donaldson — for the next few weeks as they attempt to arrange public testimony.