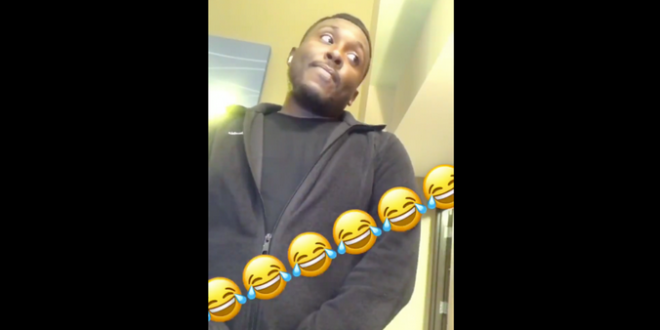 VIRAL VIDEO: Hotel Clerk Tells Customer “The Best Western Is Next Door” After She Calls Him The N-Word

An apparent hotel clerk who said he was called the N-word by a would-be guest was getting the last laugh after he tweeted a video of the exchange Sunday night that ended up going viral. The video shows the unidentified clerk, a Black man, rejecting each desperate attempt to stay at the hotel by the woman who had apparently called him the N-word during an earlier phone call. When she came to the hotel to plead her case in person, the clerk was ready for her, and then some.

I called a FUCKIN NIGGER at work… this how it played out 😂 #KillEmWithKindness pic.twitter.com/2Mftkj2eOg

What a morning! #ItsAboveMe, Best Western and #sashay are all trending and half the people on Twitter haven’t a clue what any of it means. ❤️🤫…and if you haven’t watched at least one episode of #WhenTheySeeUs…do your homework!

while we’re stanning #ItsAboveMe (rightfully so) , let’s also recognize the second gem of the video : #SheSaidWhatSheSaid

The best thing Best Western could do is tweet out “We don’t want her either.” #ItsAboveMe

All @BestWestern needs to do for instant legend status is tweet, “We don’t want them either. #ItsAboveMe”

Fam. The Queen told Trump “there’s a Best Western next door.” I AM CRYING. https://t.co/WF4czDIGo1