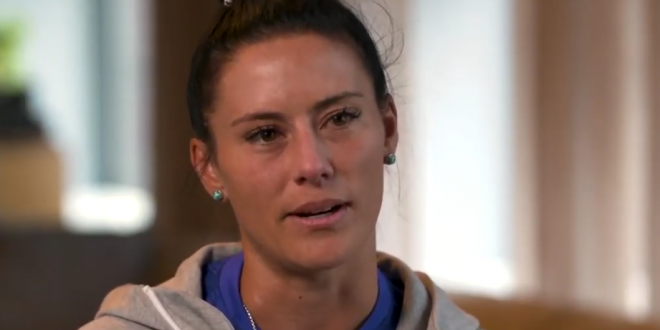 U.S. soccer star Ali Krieger defended her teammate Megan Rapinoe after President Trump criticized her on Wednesday. Krieger tweeted that like Rapinoe, she also would turn down an invitation to the White House if the U.S. women’s national team wins the World Cup.

Krieger is the first USWNT player to turn down Trump’s invitation, not counting the everlasting “no” that Rapinoe has issued. Krieger also tagged Rapinoe correctly in her tweet the first time, something that Trump didn’t manage to do.

In regards to the “President’s” tweet today, I know women who you cannot control or grope anger you, but I stand by @mPinoe & will sit this one out as well. I don’t support this administration nor their fight against LGBTQ+ citizens, immigrants & our most vulnerable.