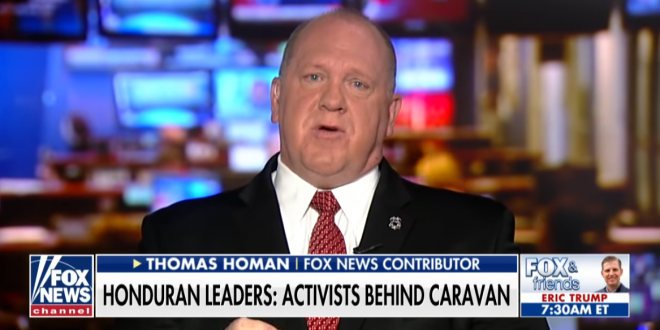 Thomas Homan, a Fox News contributor who served as acting Immigration and Customs Enforcement director at the start of President Trump’s tenure, will work as an administration “border czar,” the president announced on “Fox & Friends” Friday.

It’s the latest of a string of new appointments to top immigration-linked positions, including Ken Cuccinelli as director of U.S. Citizenship and Immigration Services and Mark Morgan as head of ICE. All have been loud proponents of Trump’s tough immigration policies — often defending his moves on network television.

Homan has called for arresting politicians that support sanctuary cities and is a defender of Trump’s family separation policies.