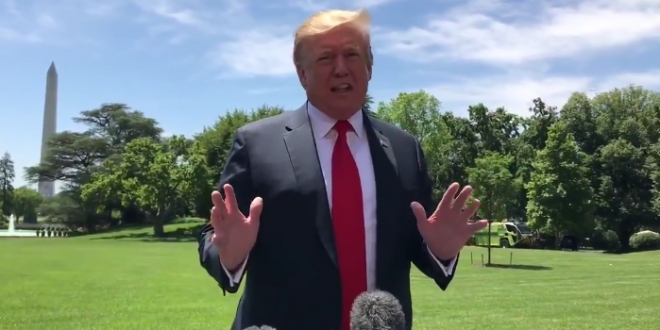 President Trump on Sunday floated the possibility of staying in office longer than two terms, suggesting in a morning tweet that his supporters might “demand that I stay longer.”

The president has previously joked about serving more than two terms as president, including at an event in April where he told a crowd that he might remain in the Oval Office “at least for 10 or 14 years.”

The 22nd Amendment of the Constitution limits the presidency to two terms. In tweets Sunday morning, Trump also voiced dissatisfaction with recent news coverage of his administration, calling both The Washington Post and The New York Times “the Enemy of the People.”

A poll should be done on which is the more dishonest and deceitful newspaper, the Failing New York Times or the Amazon (lobbyist) Washington Post! They are both a disgrace to our Country, the Enemy of the People, but I just can’t seem to figure out which is worse? The good…..

…..news is that at the end of 6 years, after America has been made GREAT again and I leave the beautiful White House (do you think the people would demand that I stay longer? KEEP AMERICA GREAT), both of these horrible papers will quickly go out of business & be forever gone!