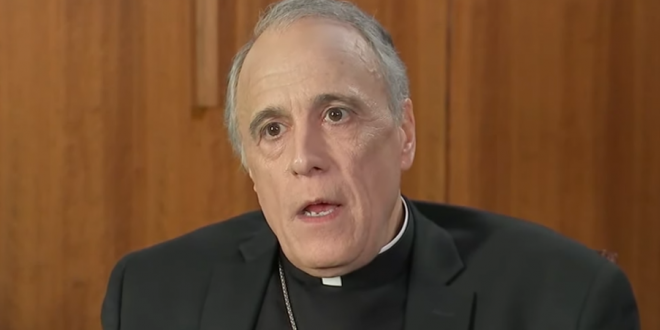 When Cardinal Daniel DiNardo first met Laura Pontikes in his wood-paneled conference room in December 2016, the leader of the U.S. Catholic Church’s response to its sex abuse scandal said all the right things. He praised her for coming forward to report that his deputy in the Galveston-Houston archdiocese had manipulated her into a sexual relationship and declared her a “victim” of the priest, Pontikes said.

Emails and other documents obtained by The Associated Press show that the relationship had gone on for years — even as the priest heard her confessions, counseled her husband on their marriage and pressed the couple for hundreds of thousands of dollars in donations. She says she was assured that priest, Monsignor Frank Rossi, would never be a pastor or counsel women again.

Months after that meeting, though, she found out DiNardo had allowed Rossi to take a new job as pastor of a parish two hours away in east Texas. When her husband confronted DiNardo, he said, the cardinal warned that the archdiocese would respond aggressively to any legal challenge — and that the fallout would hurt their family and business.

DiNardo is the president of the U.S. Conference of Catholic Bishops. Hit the link for more more.

Cardinal Daniel DiNardo, president of the U.S. Conference of Catholic Bishops, allegedly promised to fire a priest accused of sex abuse but then simply reassigned him to another parish https://t.co/hwDQo7XJA7

#BREAKING: Cardinal Daniel DiNardo is accused of permitting the transfer of a priest who allegedly sexually coerced a parishioner: https://t.co/smB3X7WAkm

When law enforcement raided Cardinal DiNardo’s offices, they found files locked away in a bank vault that the archdiocese had failed to turn over, according to police documents. https://t.co/6nRaZCKD8E