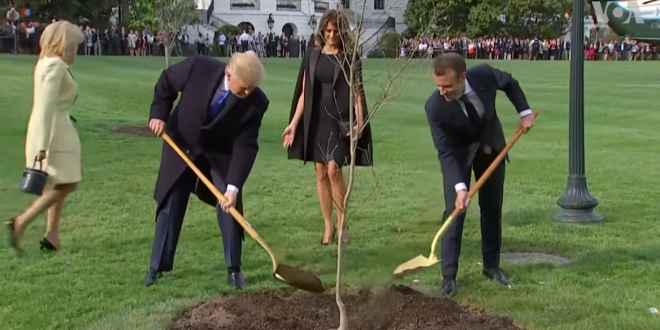 The Trump-Macron “Friendship Tree” Has Died

It was a symbolic gift from Emmanuel Macron to Donald Trump at the height of their “bromance” last year: an oak tree ceremoniously planted in the manicured lawns of the White House by both leaders. Once the cameras had departed, the tree was uprooted and placed into quarantine to avoid the spread of non-native diseases and invasive insects.

By November last year, relations between the two presidents had soured, with Trump tweeting his displeasure over Macron’s comments about nationalism and the need for Europe to develop its own defence force independent of the US.

Now it appears the oak did not survive its time in quarantine. Its death was confirmed by a diplomatic source to Agence France-Presse. Just like the Macron-Trump love-in, it is no more.