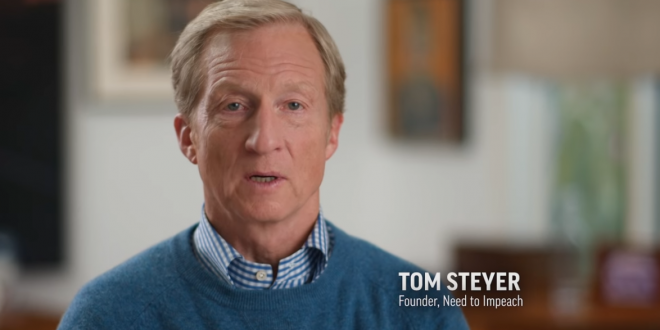 Billionaire Tom Steyer will air a new commercial on “Fox & Friends” Friday and Monday advocating for impeachment. Steyer’s group “Need to Impeach” is putting $700,000 behind the ad and timed the commercial’s airing with the hope that President Trump, a frequent viewer of the Fox News show, will see it.

“Right now, Donald Trump is committing crimes in the open,” Steyer says in the ad, citing Trump’s vow to fight congressional subpoenas and declaration that he would listen to opposition research supplied by a foreign power in 2020. “The Mueller report identified multiple instances of obstruction of justice.”