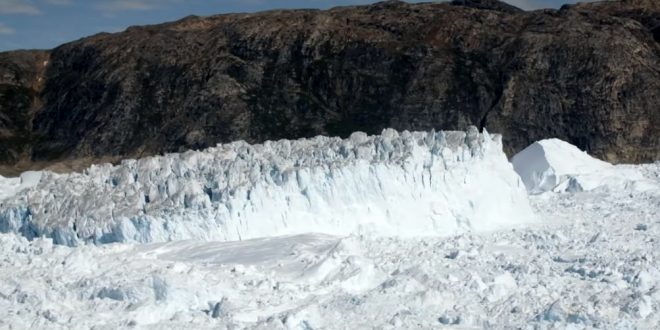 Ice is melting in unprecedented ways as summer approaches in the Arctic. In recent days, observations have revealed a record-challenging melt event over the Greenland ice sheet, while the extent of ice over the Arctic Ocean has never been this low in mid-June during the age of weather satellites.

Greenland saw temperatures soar up to 40 degrees above normal Wednesday, while open water exists in places north of Alaska where it seldom, if ever, has in recent times. It’s “another series of extreme events consistent with the long-term trend of a warming, changing Arctic,” said Zachary Labe, a climate researcher at the University of California at Irvine.

This trend toward plummeting sea ice in the Alaskan and Canadian Arctic continues, this time centered in the Chukchi and Beaufort seas.

More concerning effects of the climate crisis were starkly evident around the world this week. Unprecedented Arctic melting is altering ecosystems and disrupting weather patterns, among other impacts. https://t.co/gtmHTtFyLv

Over 40% of Greenland experienced melting yesterday, with total ice loss estimated to be more than 2 billion tons. The sudden spike in melting this early in the summer “is unusual, but not unprecedented,” one research scientist says. https://t.co/Rzk0bjanaU