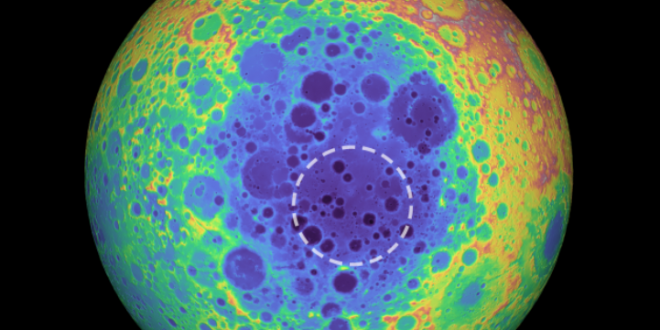 Scientists have discovered a huge, mysterious mass of material beneath a large crater on the Moon. The mass is five times bigger than Hawaii’s Big Island and is located hundreds of miles beneath the lunar surface.

Researchers led by Peter James from Baylor University, Texas, were studying the structure of the South Pole-Aitken Basin.

This is an impact crater that stretches about 1,600 miles in diameter. It is one of the biggest impact craters of the known solar system but, because it is located on the far side of the moon, cannot be viewed directly from Earth.

Among the theories is that the object is a massive piece of metal from the asteroid strike that formed the basin. The YouTube nutters, of course, will have other ideas.