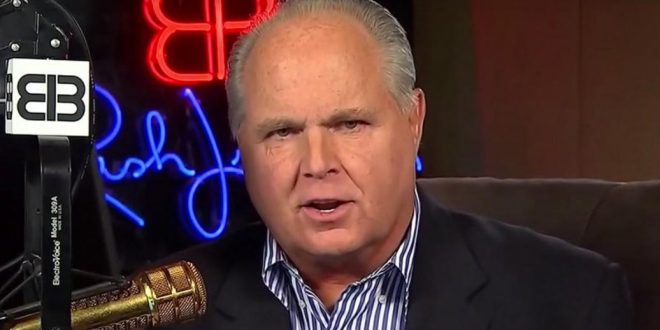 “Let me try another way of putting D-Day in perspective. Now, numbers are hard to remember on the radio. The number of soldiers landed on the beaches at Normandy, on D-Day, 129,710. By the time you add the paratroopers and the pilots of aircraft that were flying over, bombing, transport, all of the crew that were on the ships that crossed the Channel.

“We’re looking at a total of 150,000 Allied troops who were a part of the mission. That number was outmanned and outgunned by the Germans. Just to put this in perspective, yesterday officials from the CPB, Border Patrol, announced that agents encountered more than 144,000 undocumented illegal aliens at the border in May. In one month.

“Some might say an invasion force similar to that which stormed the beaches at D-Day. Same number of people, pretty much. Now, they’re not armed, and it’s not a military invasion obviously, but it nevertheless is an invasion.” – Rush Limbaugh, on today’s radio show.