Just in from Rotten Tomatoes:

Our list of the 200 Best LGBT Movies of All Time – expanded from our original list of 150 movies, released last year – stretches back almost 90 years to the pioneering German film, Mädchen in Uniform, which was subsequently banned by the Nazis, and crosses multiple continents, cultures, and genres. There are broad American comedies (The Birdcage), artful Korean crime dramas (The Handmaiden), groundbreaking indies (Tangerine), and landmark documentaries (Paris Is Burning).

To be considered for the list, a movie had to prominently feature gay, lesbian, trans, or queer characters; concern itself centrally with LGBT themes; present its LGBT characters in a fair and realistic light; and/or be seen as a touchpoint in the evolution of queer cinema. And it had to be Fresh.

The final list was culled from a long list of hundreds, after which the films were ranked according to the Adjusted Tomatometer, which acts as a kind of inflation adjustment, taking into consideration the Tomatometer score, as well as the number of reviews a film received relative to the average number of reviews for films released that same year. We did not include miniseries, leaving out seminal works like Angels in America, nor movies made for TV. 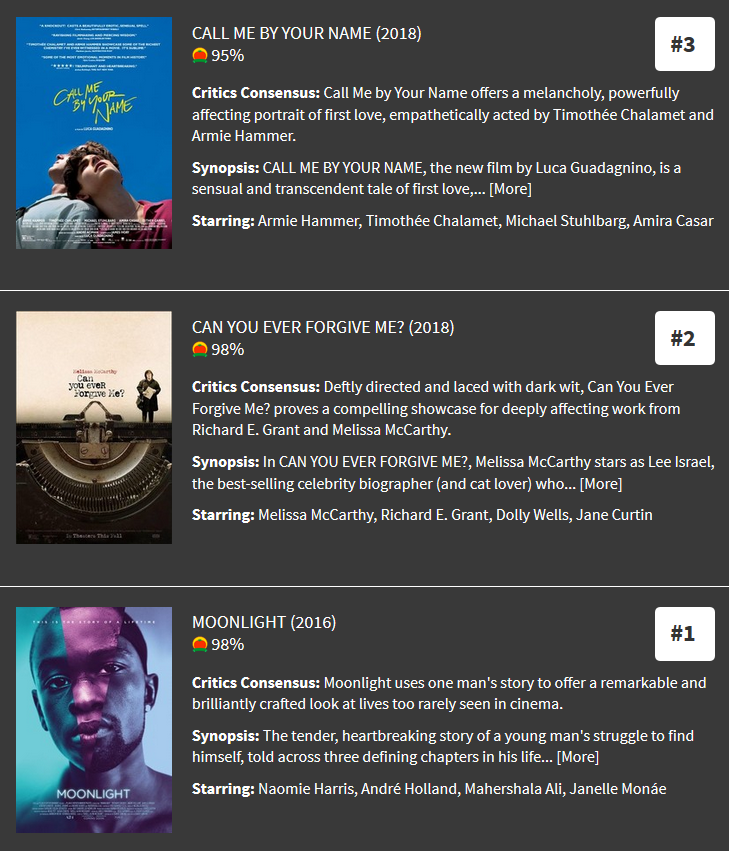