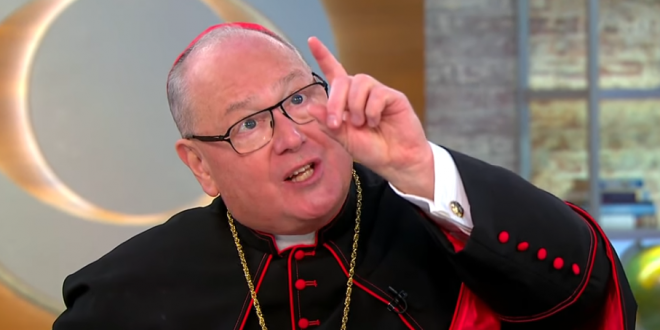 From a new survey by Pew Research:

Overall, about eight-in-ten U.S. adults say the recent reports of sexual abuse and misconduct by Catholic priests and bishops reflect “ongoing problems that are still happening” in the church. Far fewer (12%) think the recent reports reflect “things that happened in the past and mostly don’t happen anymore.”

What do U.S. Catholics think about these issues? A substantial majority (69%) say that abuse by Catholic clergy is an ongoing problem. However, U.S. Catholics are more likely than other Americans to say it has mostly stopped; one-quarter of Catholics (24%) say recent reports of misconduct reflect things that happened in the past and mostly don’t happen anymore, while just 9% of non-Catholics think the abuse happened in the past and mostly no longer goes on.

According to the Catholic League, sexual abuse by Catholic clergy has now been “largely checked.” Yeah.

The photo above is New York Cardinal Timothy Dolan, who with his fellow leaders last year paid lobbyists $10.6 million across eight states to battle bills that would enable victims to clergy sexual abuse to sue the church.

The U.S. Conference of Catholic Bishops latest findings on clergy sexual abuse continue to show how this problem has largely been checked.https://t.co/HBTEt8buQH pic.twitter.com/BU9v3Ex9l1