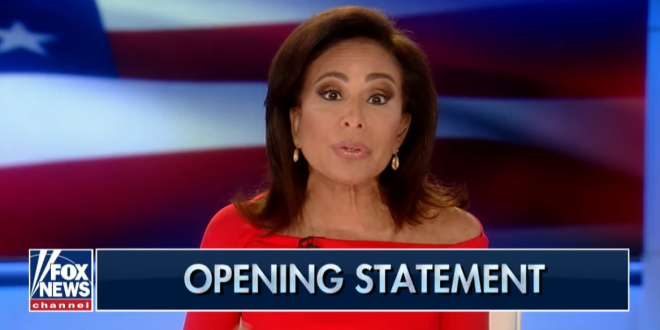 “Donald Trump is transparent, unlike other politicians, that’s why he was elected. That’s why people love him. Now, as someone who has run for office five times, if the devil called me and said they wanted to set up a meeting to give me opposition research on my opponent, I would be on the first trolley to hell to get it.

“Not that anyone from a foreign country has even offered me opposition research, but my position on it has been the same for years.

“The devil never offered me anything, but now it’s the Democrats dancing with him in their evil plot to subvert democracy and take down a president they simply hate.” – Jeanine Pirro, on last night’s show.