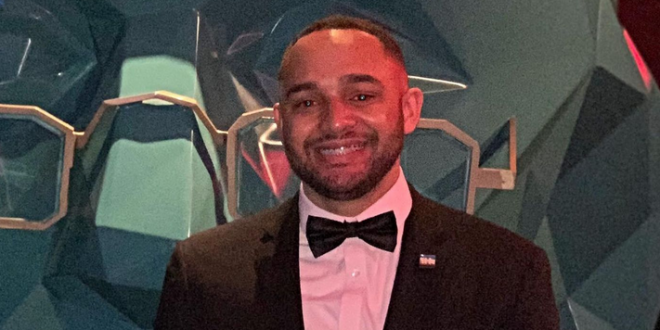 A Philadelphia sheriff’s deputy who was a leader in the city’s gay community, and who a state legislator said “lifted up every room he ever stepped foot in,” was found dead at his desk in his Center City office Friday morning.

Austin, a U.S. Army veteran who was working in the Civil Enforcement Unit, was scheduled to be promoted to sergeant in the Sheriff’s Office on July 1, Williams said.

The mayor’s office has ordered the flag at City Hall to be flown at half-mast. Last year Austin and his partner were Philadelphia Pride’s first grand marshal couple. Coworkers say he had been upbeat in recent days.

Philadelphia’s LGBTQ community lost one of our best & brightest last night! Dante Austin was one of the strongest & kindest champions for equality I’ve ever met. He lifted up everyone he touched. He supported everyone who needed him. He cared deeply & loved loudly. pic.twitter.com/DKfzbQ86pw

This is was very unexpected and devastating. But I hope community will remember you for your compassion and dedication.

Gone too soon, I will remember when you first came to the scene a few years ago.https://t.co/aego6p1CsO

We are saddened by the sudden loss of Deputy Sheriff Dante Austin. “This is a tragedy for the Sheriff’s Office, Deputy Austin’s family and the local LGBTQ community,” said Sheriff Jewell Williams. pic.twitter.com/BVHmBr3ZGA

Friends of the late Deputy Sheriff Dante Austin gathering at William Way Center in his memory. He committed suicide at his desk Friday morning. pic.twitter.com/P7Qhm7VuFw