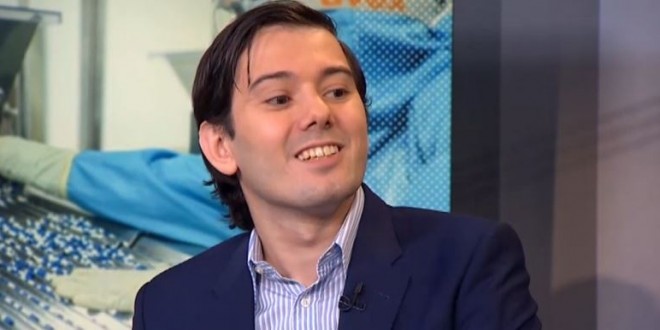 Takes one to know one. Imprisoned “Pharma Bro” Martin Shkreli sued three former colleagues Friday over his ouster from the unethical pharmaceutical company he founded, alleging they were “driven by their egos, jealousy, and greed.”

The notorious Brooklyn-born troll is serving seven years for securities fraud. His lawsuit describes a Bizarro Shkreli who was a “brilliant leader” and entrepreneur who founded his company after being “particularly moved” by a young boy suffering from a rare disease.

Shkreli, 36, alleges that Retrophin execs Stephen Aselage, Margaret Valeur-Jensen and Gary Lyons conspired to oust him from his beloved company, screwing him out of over $30 million.