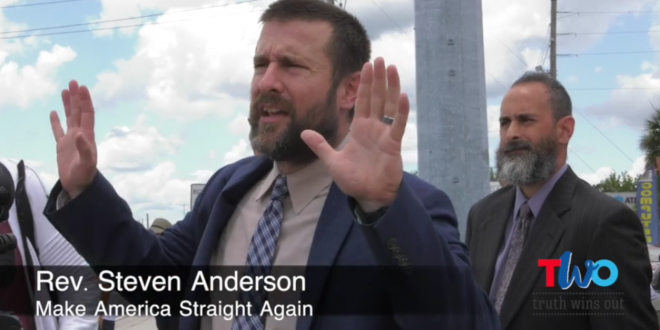 Via press release from Truth Wins Out:

A group of bigoted pastors who want to put LGBT people to death held a conference this weekend in Orlando on the third anniversary of the Pulse nightclub massacre.

Truth Wins Out joined an estimated 150 protesters today to demonstrate against the Make America Straight Again hate event. Pastor Steven Anderson confronted the protesters and spewed “I wish that every homo would die” and “Get AIDS and die.”

One of the event organizers said of today’s protest: “Pray that if they do any protests, that it gets violent. They have Stand Your Ground in Florida. So we’re allowed to fight back.”

Both of yesterday’s two-hour “death to gays” live-streams remain online at this writing despite the DM sent to me last night by the @TeamYouTube verified account. Anderson has been banned from over 30 countries. 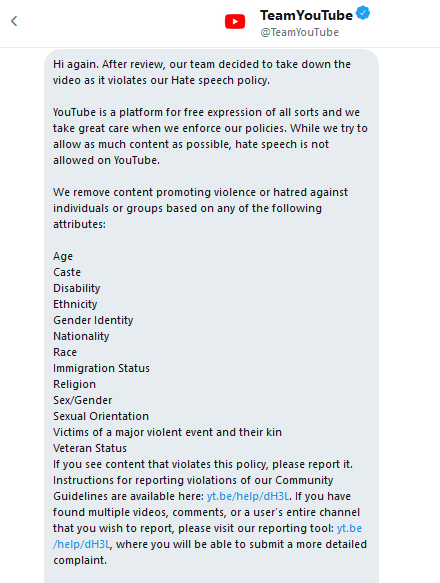