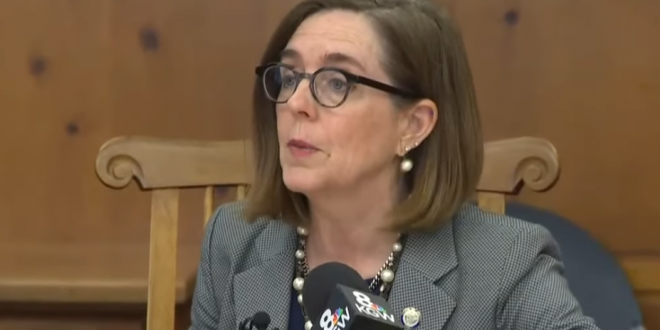 Oregon’s Democratic governor, Kate Brown, has dispatched state troopers to find missing Republican senators and bring them back to Salem to legislate.

All 11 Republican senators are in hiding, at least some of them out of state, in order to prevent the Senate from having the quorum it needs to operate. They can’t abide the Democrat-backed carbon cap and spend bill that is up for a Senate vote today.

When Republicans failed to show up on the Senate floor for today’s 11 a.m. session, Senate President Peter Courtney of Salem, a Democrat, asked the sergeant at arms to search the Capitol for the missing lawmakers. That search proved fruitless.

‘I’M BEGGING YOU TO COME BACK’ | Oregon Senate President Peter Courtney invokes Oregon state constitution to call on governor to send Oregon State Police to locate Republicans who have fled the state Capitol to prevent a vote on legislation.