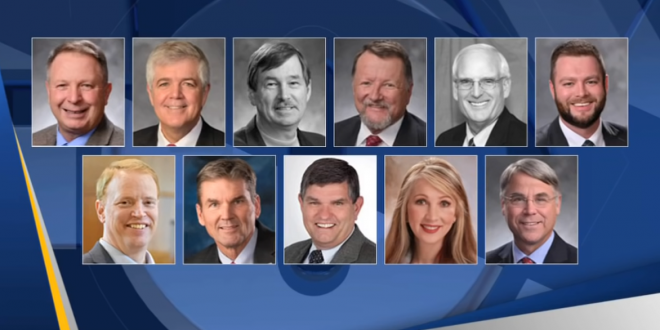 Republican state senators who fled the Oregon Capitol to prevent a vote on major climate legislation will be fined $500 a day each if there aren’t enough senators present to vote on the bill.

A GoFundMe page to raise money to pay the fines for the 12 Oregon senators had collected more than $6,000 as of Thursday afternoon. The fines will begin Friday if enough GOP senators remain absent to prevent a vote on the cap-and-trade bill.

Under a cap and trade program, the state would put an overall limit on greenhouse gas emissions and auction off pollution “allowances” for each ton of carbon industries plan to emit.

All GOP senators have reportedly fled the state to evade the jurisdiction of state troopers, who yesterday were ordered by the governor to collect and return the senators to the Capitol building for the vote.