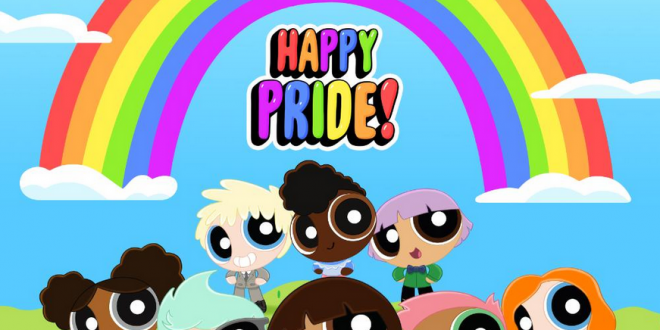 Alerting all parents! Cartoon Network celebrates LGBTQ pride month by using one of its extremely popular shows to encourage children to “stand proud.” As most are aware, LGBTQ activists have designated June as “pride month” to celebrate alternative sexual lifestyles and gender identities, and Cartoon Network tweeted last week celebrating the movement.

Last year, it is believed that Cartoon Network’s animated show Steven Universe became the first children’s show to feature a same-sex wedding proposal. The proposal was between female characters named Sapphire and Ruby.

Additionally, Cartoon Network’s Adventure Time series aired a scene in its series finale last year that showed two female characters kissing each other on the lips. The scene confirmed years of speculation that the two were lesbians.

Cartoon Network claims to be “the best in original, acquired, and classic entertainment for youth and families.” However, many parents would disagree with the network pushing an agenda that contradicts their own beliefs on sexuality and marriage.

Take Action: Please sign our petition urging Cartoon Network to put a stop to pushing the LGBTQ agenda by deleting the “Happy Pride” ad immediately and no longer airing programs with same sex couples. One Million Moms is giving you this opportunity to voice your disapproval of the network’s attempt to normalize same sex marriage.

The Cartoon Network is owned by Warner Bros.

We want to wish everyone a HAPPY PRIDE and encourage all of our LGBTQ+ fans to stand proud all year long! 💖🦄🌈✨⁣
⁣#pride #happypride #powerpuffyourself #pridemonth #powerpuffgirls pic.twitter.com/hR8ZJ9ry1D